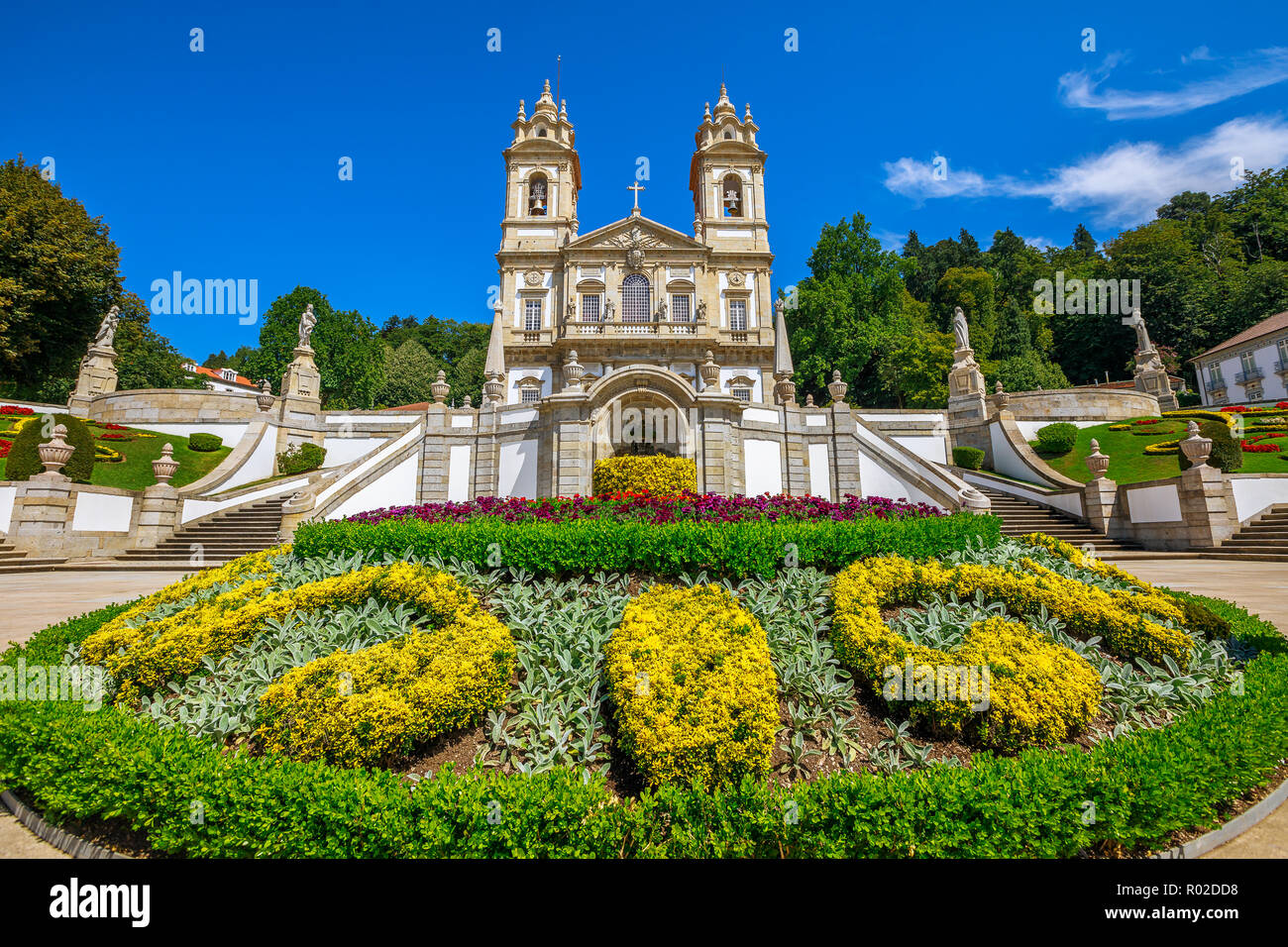 If you’re looking for something to do in Northern Portugal, look no further than this article. In this article, I’ll cover what to see in the Peneda-Geres National Park, the Chaves, Guimaraes, and Paiva Walkways. Whether you’re planning a weekend getaway, or a month-long stay, I hope this article will be helpful.

If you’re looking for a rugged and scenic destination, Peneda-Gerês National Park in northern Portugal is an outstanding choice. The park is located near the Spanish border and boasts rugged hills, golden eagles, and deer. You can stay in Gerês or visit Lindoso, a traditional village with a medieval castle and stone granaries. The Santuario de Nossa Senhora da Peneda sits atop a stairway in the Peneda village.

In Peneda-Geres National Parc, you can explore different types of wildlife and enjoy the views from the viewpoints. This area of northern Portugal is home to several villages, and one of these is the beautiful Arcos de Valdevez. It was once voted one of Portugal’s 7 wonders. The village is situated along a 20-kilometer walking trail that’s mostly made of wooden walkways.

The Peneda-Geres National park is one of the most popular destinations in northern Portugal. Located in northern Portugal, the park is a UNESCO Biosphere Reserve and includes a range of diverse landscapes. From mountain trails to ancient villages, this region is a must-see for nature lovers. There are many reasons to visit Peneda-Geres National Park, from the sheer beauty of the area to its thriving culture.

Located in the remote and northern region of Tras-os-Montes, Chaves is just 10km from the border of Spain. This historic spa town is nestled on the upper reaches of the river Tamega and has a rich history. A Roman Bridge is a fascinating remnant of its past, built in the first century by slaves, which served as a link between two parishes. Chaves’ Roman Bridge and enchanting architecture are must-see attractions in this remote, charming town.

A large part of Chaves’ economy comes from agriculture. Its fertile plain, or “veiga,” provides ample space for intensive farming. The main canal, which starts in Vila Verde da Raia, crosses the Tamega valley on the right side. During winter, fog often hovers over the area, but it lifts by midday. Days may be foggy, and cold fronts can cause temperatures to fall to as low as 5 degC. Although it rarely snows in Chaves, there are a few instances of dusting in the area.

The thermal springs in Chaves are known to date back to the Roman period. Caldas (hot springs) here are believed to be healing. The water is 73°C, which is warm by European standards. Despite the town’s natural resources, the thermal springs remain little used. Though the city is home to nine different groups of thermal springs, only four of them are properly installed. Chaves is a hotspot of thermal springs, and this town is a prime example of this.

If you’re planning a visit to the country, then consider Guimaraes, a city in northern Portugal, for its well-preserved medieval buildings. A hilltop 10th-century castle, Guimares Castle offers sweeping views of the city. Between the castle and the restored Dukes of Bragança Palace is the museum of tapestries and furniture. You can see original pieces of furniture, including a stunning tapestry by Rafael Burra.

While visiting Guimaraes, do not miss the local traditions. The city is home to the infamous “Nicolinas” celebration, which runs from 29 November until 7 December. This celebration is made up of several different events, the largest being the “Pinheiro”, where participants parade through the streets of Guimaraes playing a traditional tune known as “Toques Nicolinos.” This event has been nominated for UNESCO’s list of Intangible Cultural Heritage.

After the sun sets, Guimaraes’ central plazas come alive and fill with tapas-sharing families, professionals, and teenaged hair-gelling crowds. Around two a.m., the plazas begin to quiet down, but not completely. There are still plenty of after-hours venues to visit. The Sao Mamede, for instance, hosts concerts. The Projecto, meanwhile, has electronic music.

The Paiva River in northern Portugal is home to five miles of steep wooden walkways that offer beautiful views of the countryside. Hike along the walkways for a scenic view. After hiking, relax at one of the local restaurants or take a boat tour of the Paiva River. You can hike through the lush greenery along the Paiva River or simply relax on the sandy beach. Whatever you do, be sure to pack your camera.

If you’re a nature lover, you’ll love the Paiva Walkways in northern Portugal. This engineering feat encompasses the Paiva River and is recognized by UNESCO as a World Heritage Geological Site. Enjoy beautiful landscapes, waterfalls, and a variety of flora and fauna along the way. This is a perfect family day out! If you’re looking for an easy hike, you’ll want to choose a day when you can spend the whole day in the park.

Paiva Walkways is located on the left bank of the Paiva river and is part of the Arouca Geopark, which is considered a Geological Heritage of Humanity by UNESCO. The walkways offer unspoiled nature and incredible views. There’s also an observation tower and stone tables that can make your journey more enjoyable. The park is free to enter, so be sure to park your car in the area where you’re going to walk.

Fortaleza Valenca is a massive fortress that is located in the far north of Portugal. Surrounded by lush mountains and wide rivers, this medieval town is a unique mix of Portuguese and Spanish cultures. You can experience the Spanish way of life while sampling the city’s great churros. You can explore the massive fortifications and take in the view of the river Minho, which forms part of the city’s natural border with Spain. The fortress was the focal point for northern Portuguese defense. It was here that a massive fortification was built on the river banks to prevent Spanish invasion.

The fortress of Valenca is a marvel of gothic and baroque military architecture. It was first built during the thirteenth century, but was significantly upgraded during the 17th and 18th centuries. The fortress is a two-part structure, with each side consisting of four fortification walls. The fortifications were constructed on two small hills and were modeled on French military architect Vauban’s work.

If you’re looking for a vacation spot in Portugal, consider Barcelos. It’s located in the Braga District of Minho Province and has a population of 120,391 as of 2011. The town is spread out over an area of 378.90 square kilometers and includes 60 parishes, the most in Portugal. If you’re interested in learning more about the city and its attractions, read on.

The area is home to numerous historical monuments, including the medieval palace ruins. Barcelos’ main church dates back to the 1200s and was built during the transition from Romanesque to Gothic architecture. You’ll notice a Gothic portal, rosettes and fleurs de lys on its ogival arch. The church is also decorated with 18th century azulejos. The baroque palace is another must-see.

Another important tradition in Barcelos is the weekly market. First held in the 15th century, it remains an important part of the local culture and economy. However, the stalls don’t sell quality crafts or arts, so don’t expect to buy high-end pieces. You’ll find cheap clothes, fresh fruits, and vegetables, souvenirs, and even handicrafts. There are a few things you can buy to remember your trip to Barcelos.

While Lisbon is Portugal’s cultured capital, Albufeira and Lagos are party destinations, Sagres is a lesser known destination. Situated on the far southwestern tip of the Algarve, this town is blessed with a serene and vast setting. In addition to its stunning beaches and natural beauty, Sagres has a lot to offer those who want to relax. Here, you’ll find a great selection of things to do, including a bike ride or a beach party.

The town of Sagres has a pleasant fishing port, the Porto de Pesca da Baleeira, which is busy all day long. Small fishing boats come ashore at the port and sell their catch on the spot. A large sandy beach is outside the town center, in an area reminiscent of a dune. It has a good selection of beach bars and restaurants. During the summer season, the beach gets extremely busy.

In addition to its beautiful beaches, Sagres also has a rich history as the westernmost point in Europe. Visitors will be amazed by the dramatic views of the Atlantic Ocean from the headland. Until the 13th century, many believed this to be the end of the world. The cliffs of Cabo Sao Vicente rise nearly seventy metres above sea level, making it a spectacular sight to see. During a visit to the area, make sure you take time to admire the historic landmarks.